# The basics of finance

Your finances must be in order. PlanPine makes it all a lot easier.

A draft can be created by going to a student's or organization's finances.

To create a draft, the items that apply to the invoice are first selected. Then there is clicked on create a draft invoice. The selected items are automatically added as invoice lines.

As an option, custom invoice lines can be added. The name, price, quantity, tax percentage can be chosen by yourself.

It sometimes happens that a concept has to be split into several concepts. By splitting a concept go to the concerning concept and click on the three dots in the top right and then on split. 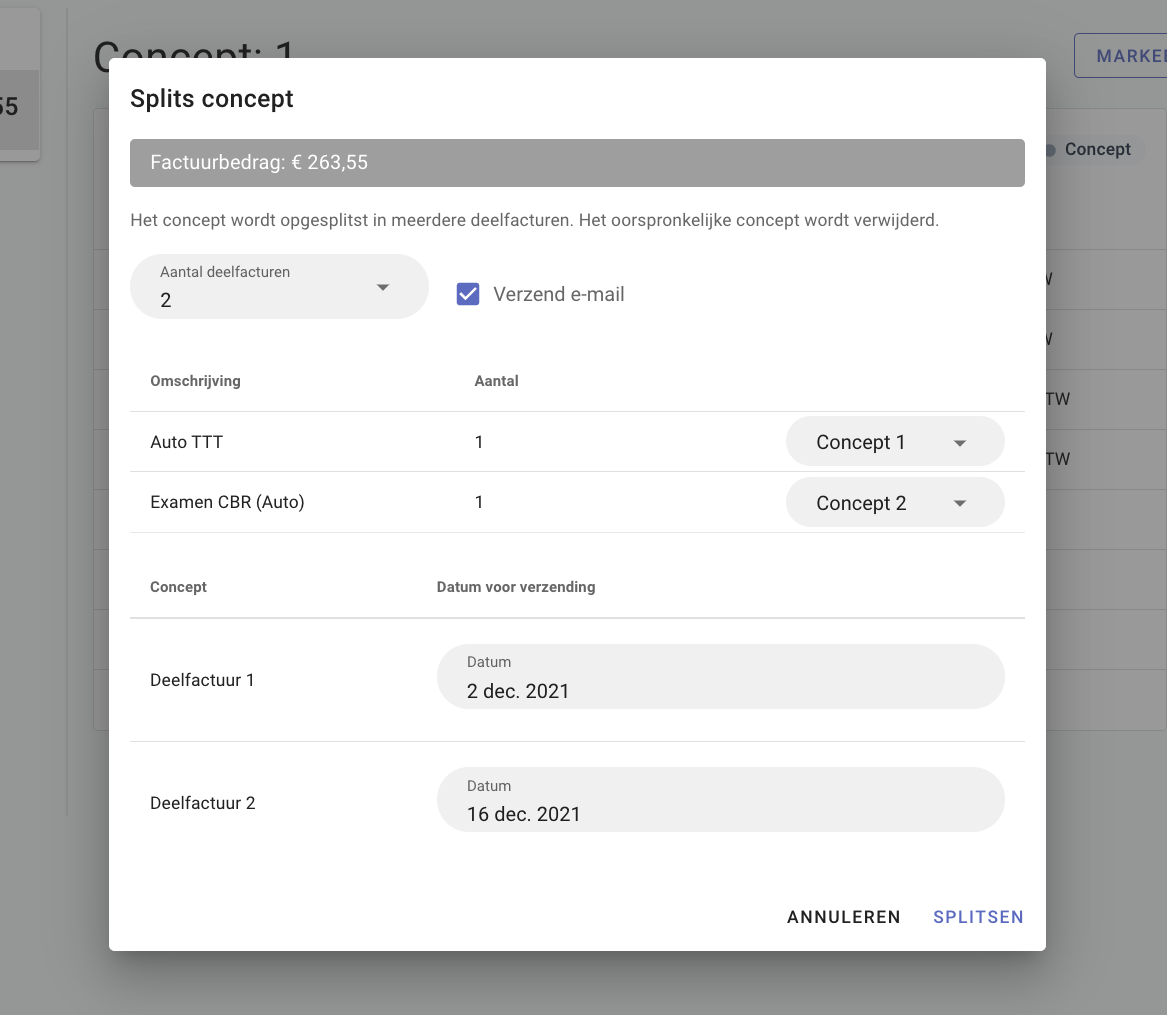 By sending a draft, go to the relevant draft and click on send invoice at the top right. The option becomes given to send the invoice now or to send it on a specific date. The future invoice number is filled in automatically. 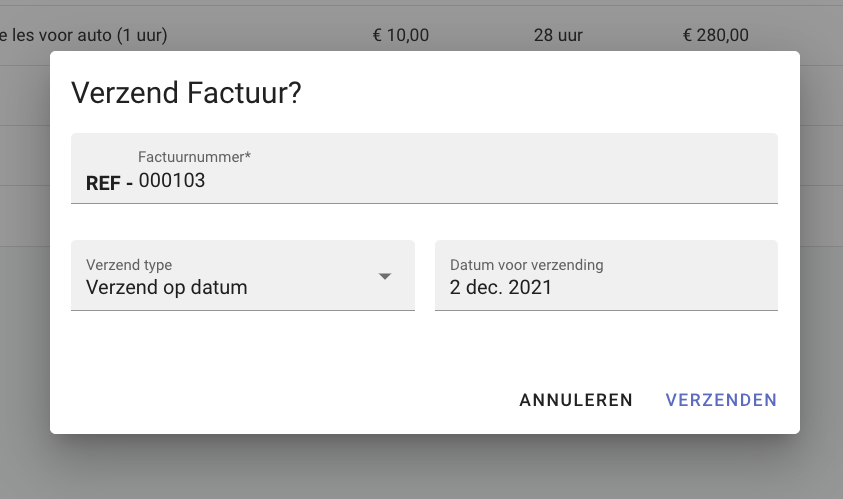 An invoice can have different statuses. Below are the invoice statuses.

Sometimes it may happen that a correction has to be made of an invoice that has already been sent. An invoice can be reversed by create a credit invoice. Also known as credit note.

A credit invoice can only be created if it has the status sent or expired.

A payment can be registered via the relevant invoice or by going to paymentsopen in new window to go. After pressing the add payment button, a form will open.

The following information must be entered:

Date, time and payment number are automatically filled in.